Mary was watching the pups this afternoon and remarked “They are really starting to look like dogs now!” I had to agree, since the pups were now all showing spots, and moving about at a fair speed – well, as fair a speed as a two week old puppy can. Then Mary said, “They are starting to get up off their bellies. – They are starting to stagger, just like you do after some cider.” Since I have never seen myself stagger, I had to take her word for it. But a further thought struck us – now the work will really begin, the chasing of the pups when you want to do something, or making sure they don’t jump off your lap while you were trying to cuddle them (they don’t bounce like those chicks David Attenborough showed on one of his programmes who hurl themselves out of their nests and down the cliff-face before they waddle off into the surf when it is time to fledge). 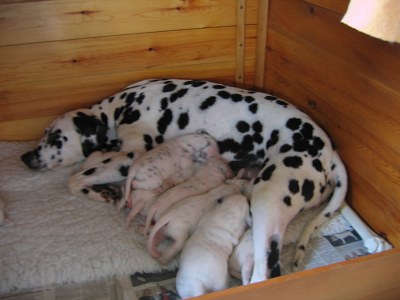 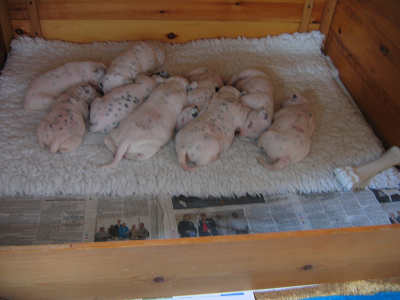 3 thoughts on “At two weeks today”