Mary said, “Look.” And there was a puppy scratching himself.

Mary then said “Look.” And there was one puppy chewing on an ear. 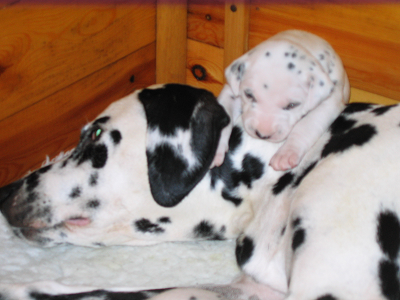 A little later, there was a mêleé – as much of a mêleé as nine two-week-old pups can make. they were up off their bellies and staggering around for a whole thirty seconds. Then they all collapsed in a heap and there was silence. 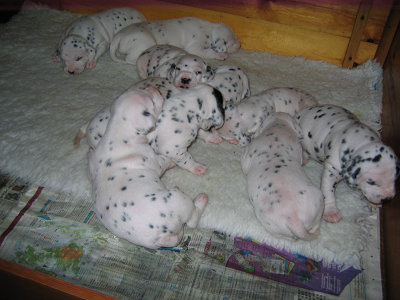 Real interaction is occuring between the pups and with as much of the environment in which they can stumble about.

But they do just knock themselves out and go straight to sleep, even in the midst of doing something. 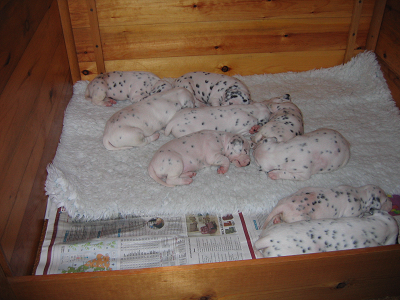 The time they are awake is lengthening, so it looks that our days will become more busy watching the pups so that they can stay safe.