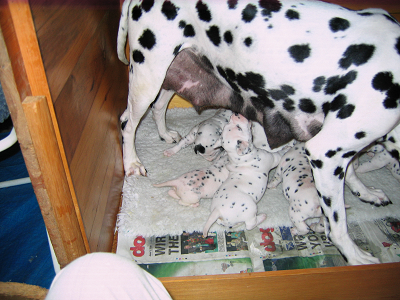 The pups are growing apace, starting to interact with one another and with the environment. One thing they are doing is moving more effectively. Not to say they did not move on their own, but they are now “up” (well, sort of) on their legs, no longer moving like salamanders dragging their bellies on the ground. With this movement comes the possibility of exploration and getting “in the way” of mother when she enters the den. 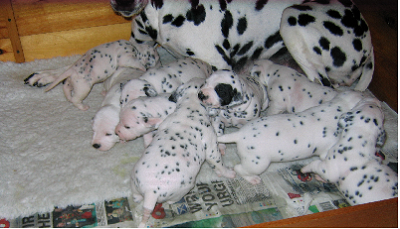 Whenever we hear a puppy’s scream we rush to the whelping box. “What can that possibly be?” runs through our minds as we fret about the possibilities. “Is one of them having a bad dream?” “Are the pups on top of one another?” “Is she being too vigourous with her toilette of one of the puppies?” “Did she step on a foot?” “Did she just crush someone as she lay down?” 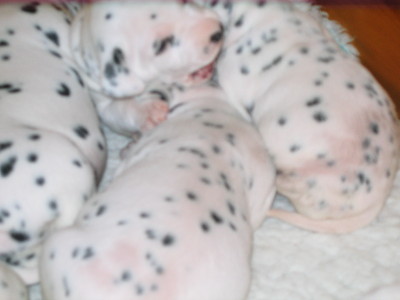 So many questions, as we race to the other room. Or worse still, when we are woken from a dead sleep in the middle of the night. Jolted to consciousness, all we hear is the pup’s scream. “What happened?” is all that is on our mind. 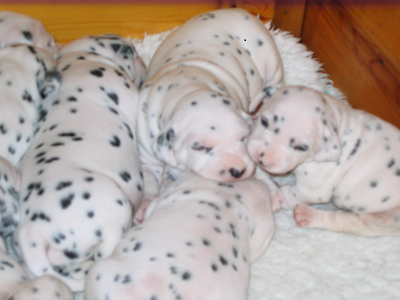 Well, usually it is nothing too bad. A puppy is on the wrong side of Casia, cornered, and the pup cannot climb over the mountain of mother yet. Or, there is one caught under the space between elbow and body of mother as she lies. It was supposed to be a short-cut to the milk bar, but they are just too big to fit now. 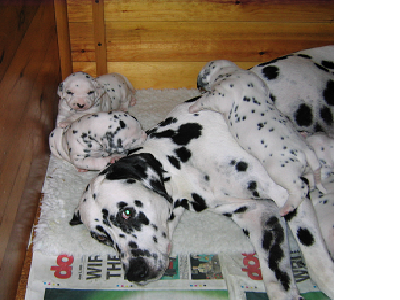 We rush from the other end of the house to rescue the screaming puppy. Too often we arrive in the puppy room to find no damage has been done, nothing is out of place, just the boy staggering from one point in the box to another on the bedding. 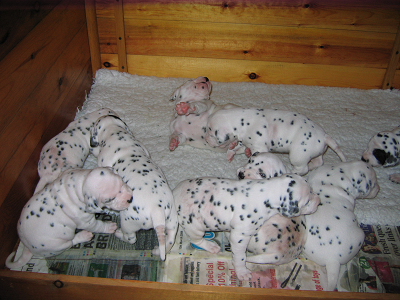 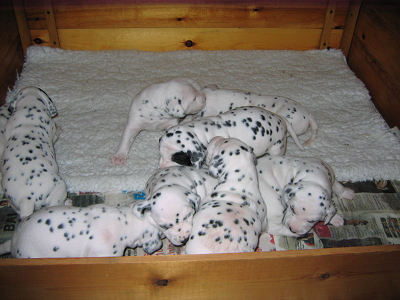 We have found by staying in the puppy room for long periods (a great hardship for anyone, of course 😉 ) that, quite often, it is not the girls making this awful noise, but the boy. Too often the boy is stuck on his back and cannot right himself, and so the screams begin. It seems he rolls over and off the bedding and ends up on his back. The screams begin and we begin our little panic. 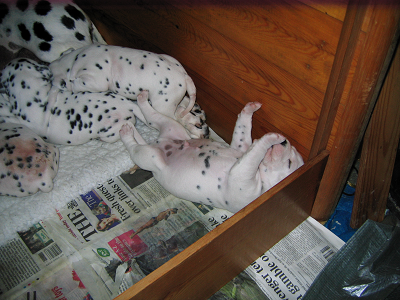 Happily, these “screams” tell us that all is well. That the pups are struggling with life and winning! While there is a lot of noise, we are remembering that all is well. We are beginning to worry when we hear nothing at all from the puppy room, but usually there is some sound, either Casia padding in and out of the “cave” or the pups suckling or making some sort of noise in some way. 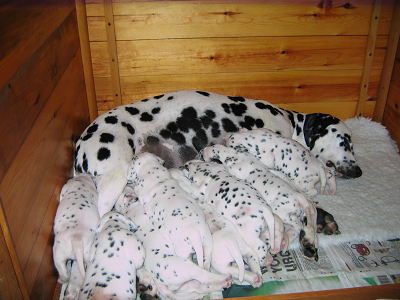 One thought on “When the puppies “scream””